Hathaway Lofts was formerly the location of the famous Hathaway Bakery which supplied their bread to regional grocery stores, local school districts and more.

The brick, low-rise buildings that line the north side of Richdale Avenue were industrial buildings throughout the 1900s and give character to the neighborhood, recalling the importance of the railroad and the memory of nearby brickyards of North Cambridge.

The former bakery has been restored into a three-level loft apartment community which despite its large size and proximity to the street affords neighborhood skyline and greenery views of the Porter Square area.

The original structure was engineered and built by the well known English architect, Benjamin Fox, who constructed several other residential and industrial buildings in Cambridge and several neighborhoods of Boston including Brighton, Jamaica Plain, and throughout Europe.

When Hathaway Bakery was opened in 1910, it was described as one of the most modern and architecturally fascinating building in the area with it large light-filled windows and skylights.

Local news clips from 1910 and 1913 respectively write about the building:

The buildings were constructed of bricks with interior steel and through-bolts and have since been restored and expanded with modernized residential units.

The Hathaway Bakery delivered daily to businesses and schools in Henderson Carriages in the early 1900s and operated until 1979.

As the primary supplier of fresh sliced and whole loaf bread within the Northeast region, many of the waxed paper wrappers, labels, and posters that once packaged their bread now sell on eBay and other websites as memorabilia.

Hathaway Lofts has beautifully restored the bakery building into spacious apartments that share the same awe-inspiring features like oversized windows and high ceilings in a renovated brick and beam structure. 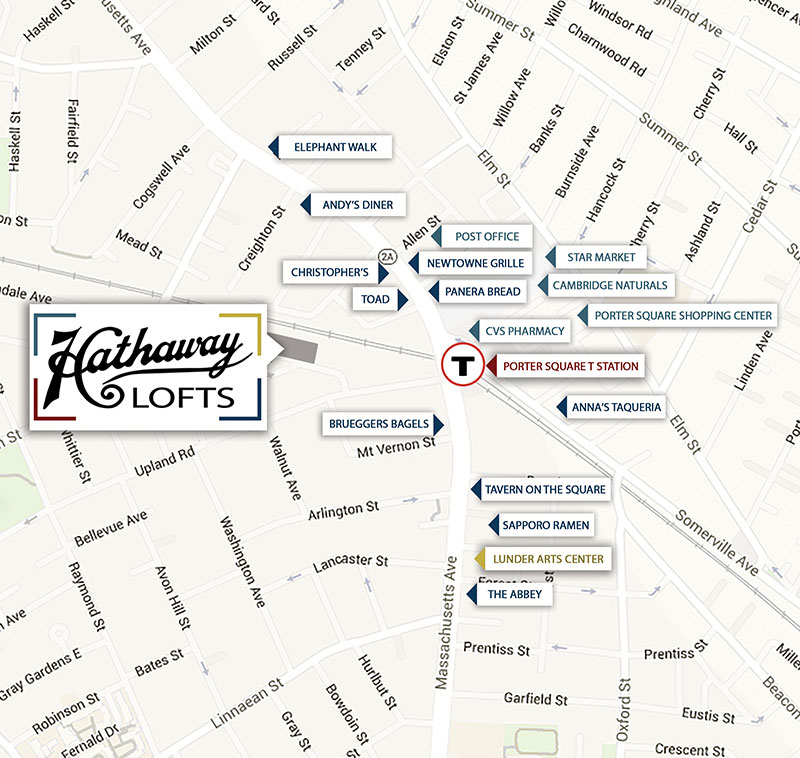